Sweet wormwood – a natural ally in the fight against viruses

Sweet wormwood has always been famous for its healing properties, but the use of this herb in our places is only gaining in popularity. Meet one of the most prized herbs, named after the Greek goddess Artemis (ancient Greek Ártemis). Artemisia annua is now the subject of many scientific studies, which also draw their inspiration from traditional Chinese medicine. Due to the long tradition of use, this miraculous herb can be found in every noteworthy encyclopedia of medicinal plants. Find out below why experienced herbalists trust its power.

The popularity of sweet wormwood will probably be helped by all the attention it receives during the new coronavirus. Many researchers have high hopes for the “miracle” plant. Curiosity can be attributed mainly to its antiviral effect, which has already been proven in connection with malaria.

In the article, read about the special status of the herb at the time of the coronavirus, its rich history and healing properties of the plant. Get to know the interesting story of a simple herb that has fascinated for more than 2000 years, and is gaining in importance in modern times with the help of science!

Sweet wormwood at the time of the coronavirus

Herbal preparations of wormwood have already been studied in connection with a previous epidemic of coronavirus (SARS-CoV 1), which was confirmed as the cause of SARS (severe acute respiratory syndrome) in 2003. The scientific community has also investigated herbal medicines in search of effective drugs. Due to the successful use of sweet or. annual wormwood in the fight against malaria, researchers also had high hopes for extracts of this prized herb. The findings showed the remarkable power of the herb in fighting the “first” coronavirus.

In the spring of 2020, researchers from the Max Planck Institute teamed up with the American company ArtemiLife. Together, they undertook scientific research aimed at determining the effectiveness of the use of sweet wormwood in the fight against the new coronavirus COVID-19.

ArtemiLife has provided plant material, as it has been researching and cultivating Sweet Wormwood bushes for many years with the help of agricultural experts. The first findings are again impressive, but the public is still waiting for the final and verified results of the research.

The World Health Organization (WHO) has warned against premature reporting of the effectiveness of herbs in fighting coronavirus. Among those who nevertheless showed less restraint, e.g. Malagasy President Andry Rajoelina. In May 2020, he promoted an Ayurvedic drink based on the plant Artemisia annua as a cure for the new coronavirus.

The promotion of the herbal drink called COVID-ORGANICS has been widely criticized. Confidence in the novelty, however, was immediately shown by some African countries. Among other things, the product was already ordered and received by Tanzania, Liberia and the Democratic Republic of Congo. One of the advantages of herbal preparations is undoubtedly their availability.

In January 2021, the public was also informed of the results of a survey of sweet wormwood conducted by Columbia University, the University of Washington and the Polytechnic Institute of Worcester. This has shown that aromatic herb extracts are effective in inhibiting replication of the SARS-CoV-2 virus, which has caused the current pandemic. In doing so, they used extracts of specimens of plants grown on four different continents. All extracts, including the 2008 sample, showed efficacy. A scientific publication on the results of the research is in the verification phase. It is clear, however, that sweet wormwood extracts represent great hope in the fight against coronavirus. The interest of many research institutions undoubtedly confirms this.

Sweet wormwood has an extremely long tradition. Due to its wide applicability, it has been known to mankind for millennia. The plant originates from China and the history of its use is connected to this part of the world. The first known mention of the herb is in a Chinese text from 168 BC. n. no., and its present-day popularity is connected with the great expansion of traditional Chinese medicine in the last century.

This coincides with the communist takeover of China in 1949. Many citizens at the time did not have access to modern medicine and care. The new leadership took action and supported the development of a traditional way of healing. They set up teaching hospitals where they taught science based on scientific principles and improved herbal remedies. All this has led to greater recognition of their medicine in Europe as well. An example of this is the hospitals of Chinese traditional medicine in Paris. The first of them has been there since 1996.

Associated with the further development of herbal medicine is a key ingredient in sweet wormwood, artemisinin, discovered in 1972. The remarkable discovery was the result of a secret project called “Project 523”, which began in China in 1967. To discover artemisinin and scientifically confirm its anti -malarial effect is a meritorious scientist Dr. Tu Youyou. An expert in traditional Chinese and conventional medicine, she studied more than 2,000 Chinese herbal preparations as part of her research. For her many years of research into the miraculous sweet wormwood and artemisinin, she received the 2015 Nobel Prize in Physiology or Medicine.

Sweet wormwood belongs to the nebinovka family and the genus of wormwood, and originates from Asia. It has grown in the open grasslands of Vietnam, Japan, China, Russia and North America. Now sweet or annual wormwood is present practically all over the world. It also thrives in our country, it is most widespread in the Primorska region. In the Balkans, it is known as bejturan.

In nature, it grows in the form of annual light green shrubs 30 to 100 cm tall. Carefully cultivated shrubs can grow up to two meters in height. It grows best in sunny and warm areas. Sweet wormwood usually accumulates at the beginning of flowering, as this is when the artemisinin content in the plant is highest. Its leaves and yellow flowers are mainly used in medicine and cooking. In gourmet circles, sweet wormwood is becoming an interesting spice.

Sweet wormwood has a characteristic pleasant aromatic smell and a bitter taste, which is also known from ordinary wormwood. The latter is better known in our area, also after a concoction called pelinkovec. The main ingredients of sweet wormwood are:

Sweet wormwood is used, among other things:

“ Chinese” wormwood has also shown great potential in the fight against cancer, including leukemia. Scientific research to confirm this clinically is still ongoing. As the plant Artemisia Annua L. also has many other beneficial effects, its use is advised to prevent diseases and to maintain the balance of the whole organism.

Sweet wormwood is traditionally used in the form of hot infusion. However, with heat treatment of herbs, the active substances contained can lose their power. The use of herbs is therefore more effective in the form of natural extracts that are not heat treated. This also applies to sweet wormwood in Erbetix drops. In this form, we can easily consume the full range of active ingredients of the plant and use it in the best possible way.

Sweet wormwood extract is in the first group of our oil extracts for a reason. Priority placement is facilitated by its beneficial effects, which are also gaining in popularity and recognition around the world with the help of science. 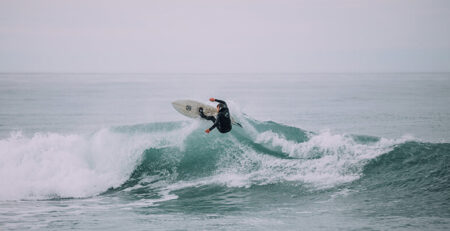 CBD SPORT - Suitable for anyone who can't afford traces of THC in their blood Cannabis contains a lot of substances... read more 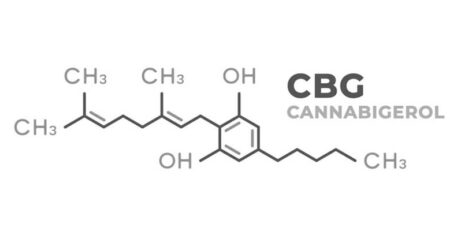 CBG or CANNABIGEROL is another of a multitude of cannabinoids that can be obtained from cannabis. It is found in... read more 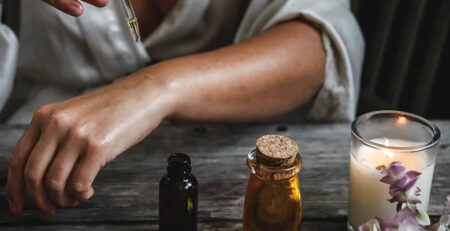 What are Essential Oils and How to use them 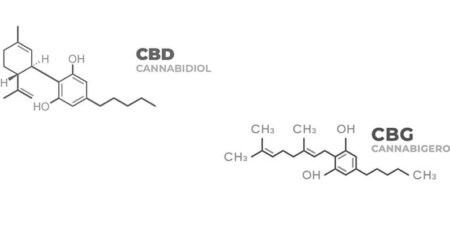 Why it is advisable to combine CBD drops with CBG drops

Positive effect of combining CBD and CBG Many wonder, what is better for our body CBD or CBG? The answer is... read more 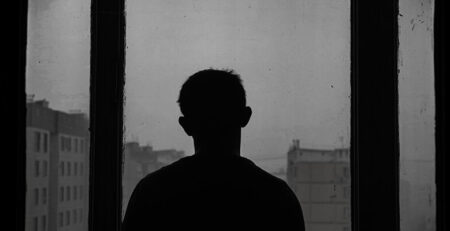 Depression is a very common word in modern times. If in the past we wondered what the word means, today... read more 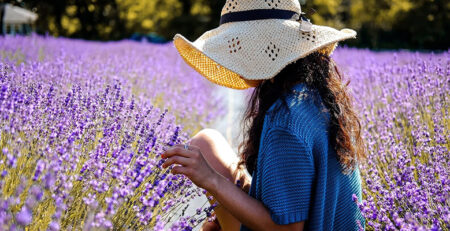 The Natural Power of Lavender

The name Lavender comes from the Latin word "lavare" which means "to wash”. The Romans used lavender flowers as a... read more 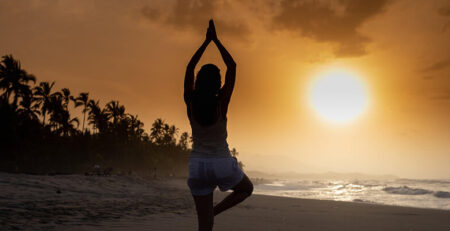 What Is CBD And How Does It Work

CBD (Cannabidiol) or industrial hemp is just one type of herbal cannabis. To date, more than 140 different types of... read more 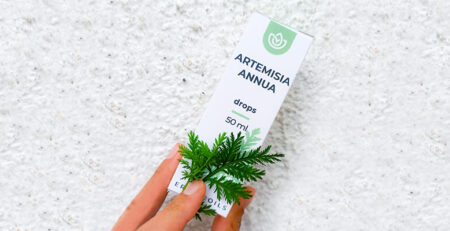 Sweet Wormwood Extract – Why Is It Beneficial?

Sweet wormwood also known as Artemisia Annua is a medicinal plant that is known and used in China for millennia.... read more 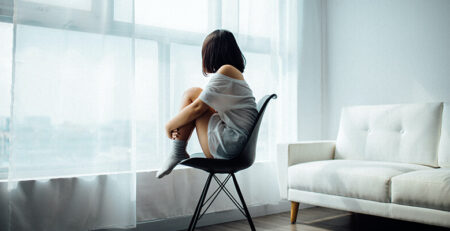 Stress, a fast way of life and the pursuit of perfection in all areas are causing more and more people... read more